#35: Pro teams complain too much

Super team to be?

We were completely blindsided by this - but OG have announced a CSGO team.

We know, we know. Calm down. Completely out of nowhere, OG announced a roster with Aleksib, NBK, valde, ISSAA and the player we're all excited for, mantuu. In fairness, the rookie has been killing it in the lower tiers, so maybe he is the one to look out for.

The DOTA 2 International winners decided they'd had enough of being Valve's favourite child, and came to try and win a real tournament, where the prize pool is secondary to the clout - and with a squad filled to the brim with big names and talent, maybe they have a shot.

valde had some parting words for the North fans, including mentioning he'd won four trophies from 35 tournaments, which is a much better return than maybe you'd guess after watching North for the last 6 months.

Okay, maybe the GG.BET ICE Challenge and DH Opens are part of those trophies, but they all count. More victories than  anyone at TLDR has won, anyway.

OG claimed on their website that CS:GO 'represents everything [they] cherish about esports'. Presumably, everything except the 10s of millions of dollars they made from winning DOTA tournaments.

We'll be able to see OG at summit next week. Sadly, North, ENCE and Vitality aren't there, so there's no spiciness just yet.

Astralis and NaVi to semis

Who's in, why's krimz the best player in the World to never get a #1 on HLTV and what the hell happened to MIBR, FaZe

Who would have guessed not having a real IGL would be a bad idea? Not FaZe, who are still pretty rubbish since they kicked their leader, or North. More on them later.

It was a pretty awful tournament for the most expensive team in CSGO, with coldzera losing against MIBR, the team he left to try and join a team who wouldn't hold him back. In fact, it's him who is holding back - tears.

FaZe came back to beat TYLOO after losing Inferno, with NiKo and - checks notes - ah yes, broky, carrying the 'deadweight' of coldzera and olofmeister. Just the three HLTV #1 spots between them. Alright, broky only got five more kills than olof, but he's also a support player on this roster.

They ended up crashing out to 100 Thieves, with olofmeister getting absolutely monstered by Gratisfaction. Maybe he is deadweight after all.

Anyway, coldzera's old team MIBR didn't do too hot either. They went out after losing to NaVi and fnatic, which isn't that embarrasing, yeah, but they got absolutely eradicated by KRIMZ.

The Bald (Legendary) Eagle broke the record for the most kills in regulation in a LAN game, with an utterly obscene 44 kills. In 30 rounds. They didn't even win the bloody map. It went to overtime, where his paltry three kills in five rounds wasn't enough. Not good enough, if you ask us.

This left fnatic playing Liquid in the quarter-finals, for a spot against NaVi, and mousesports vs Evil Geniuses to play Astralis.

Cloud9 are you watching? 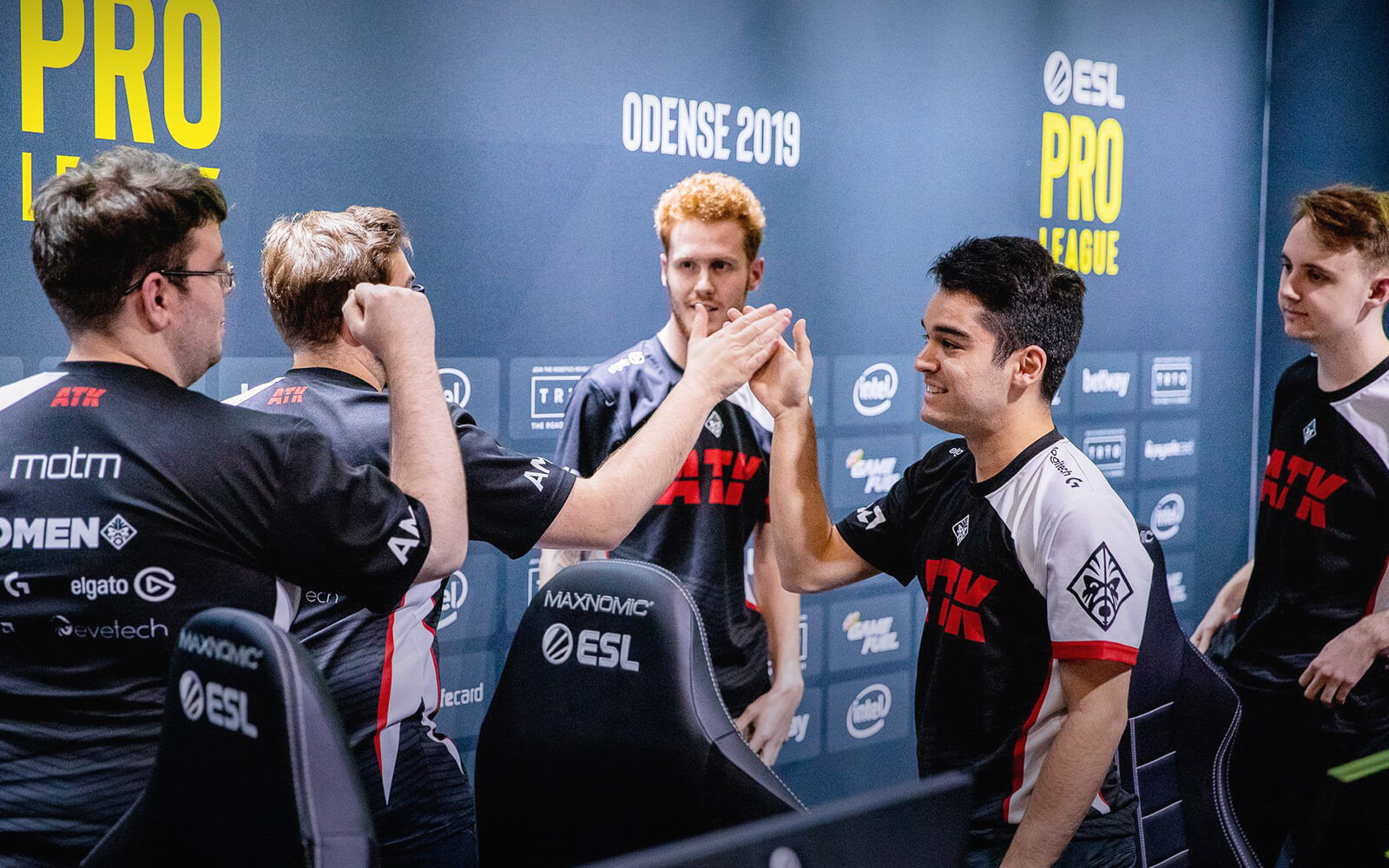 Alright, before we build this up too much, there isn't a particularly happy ending to this story - ATK were eventually knocked out by mousesports in convincing fashion.

But their underdog run was still pretty hype. They smashed North 2-0 on day two thanks to the deadly double threat of Sonic and motm, who bagged a 94 kill haul between them. Obviously, winning against North as an underdog is akin to being cut from GamerLegion - everybody has done it at some point - but it was still quite something.

They nearly didn't even make it to the event - they were a 5-6th place team in NA, beating out Envy, Singularity and DETONA in a Round 2 group to make it through, after finishing third in their initial group.

It's always nice when you hype a player up with a feature piece, and it comes out perfectly in the server. HLTV had a great moment when floppy smashed G2 to pieces after they featured his run to Pro League finals in a long-form piece about his career.

Despite getting crushed on Vertigo, 16-4, ATK came back fighting with a battling win on Train and a a brutalisation of their own, smashing the Frenchies 16-6 on Inferno. It was in the closest map, Train, that the American really excelled, with 28 kills, topping the server.

Look, again, beating G2 doesn't make you a top team - if it did, G2 would be great for all the times they've beaten themselves. But it was a convincing win, and one that really put the boys on the map.

Argentinian wunderkind meyern has played well enough to earn the chance to be the next player to be blamed for all of MiBR's failures, at least according to HLTV. **After boltz, felps, LUCAS1 and fnx, meyern is the next in line to the poisoned chalice.

We're sure the Brazilian fans will take kindly to an Argentinian being the fifth, and won't make him a scapegoat.

Renegades apparently decided that they didn't want to give up being The Boys - they picked up a new set of Aussies to guarantee a Major qualification spot with. They signed the Grayhound boys, who were given a baptism of fire - nay, a baptism of pre-nerf Tec-9 bullets - as they were rinsed by a jetlagged Astralis.

GOD HUNDEN has a new home with the Tricked boys, who have reportedly been picked up by Splyce. Splyce themselves have a new name, which is MAD Lions. We'd have gone for MAD LADS ourselves.

Apparently the snake theme wasn't cool or original enough, so they went with... lions. There's definitely no teams with lions, or anything - good job.

Chinese team OneThree announced the signing of... Dosia and mou? On one hand we can't see this working, but on the other, captainMo and mou are on the same team, which is just excellent.

No oak shield to hide behind

Finally, someone said it.

Thorin, as always, doesn't pull any punches, suggesting pro players whine a little too much about too many events - especially given they can just skip them if it's too bad.

Not only that, he subtweets a bunch of teams and players who have skipped events or played with a stand-in.

Don't do it ENCE