We're midway through IEM Katowice and half the best teams are nowhere to be seen, but there's STILL some huge games to go. Strap in. 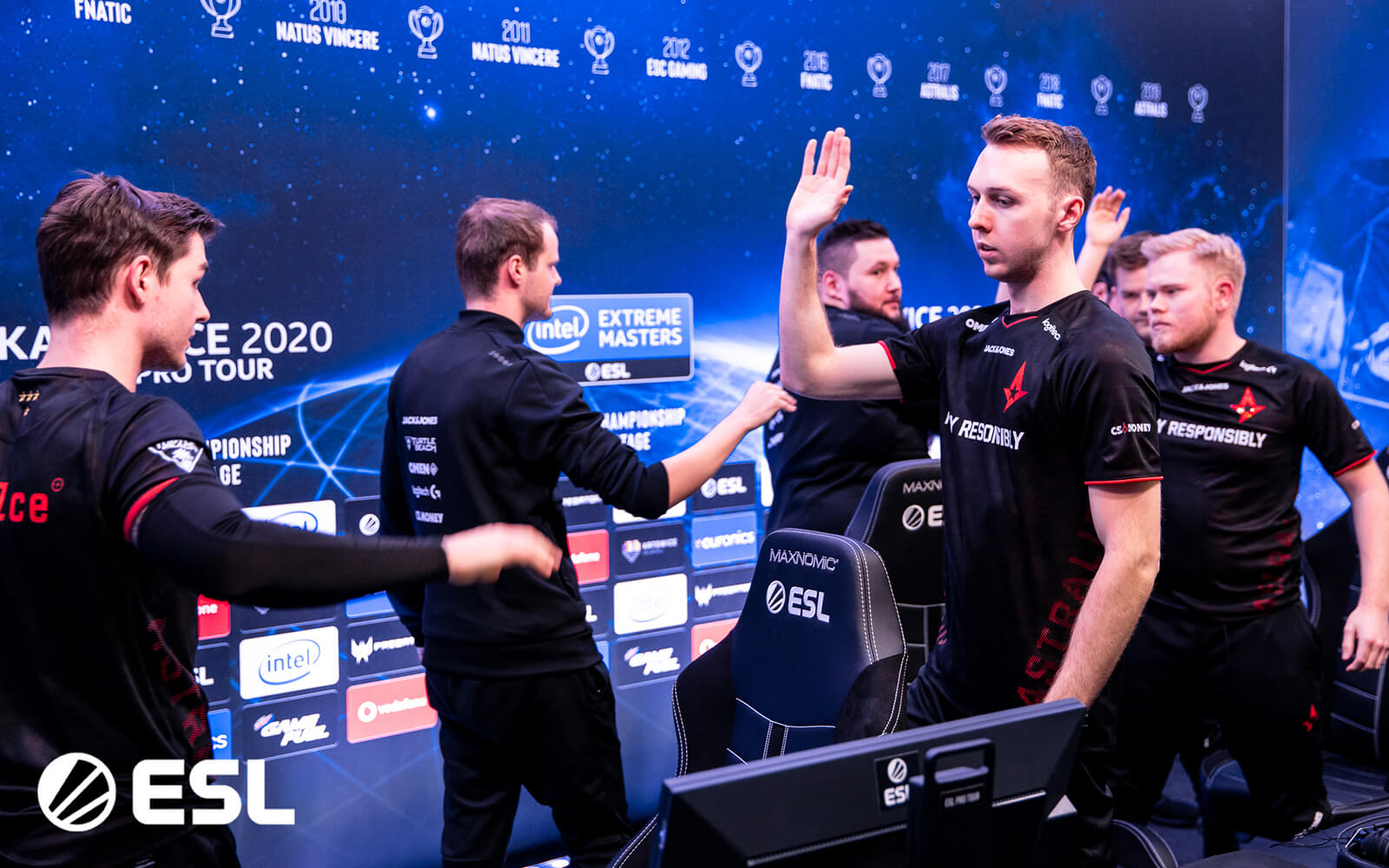 Astralis are through to the semi-finals. Wow. We can't believe it.

They didn't even drop a map over all three games, beating Cloud9 2-0, Vitality 2-0 and finally fnatic 2-0. We're kinda bored of it to be honest with you. They're as dominant over the CS scene as we are over the CSGO newsletter scene. dev1ce was just taking the mick out of fnatic.

It literally couldn't be going better for them. It's genuinely annoying. It's like watching your friend find their love of their life and win the lottery afterwards. We're happy for them, but we're also deeply, deeply jealous.

G2 won the lottery when they signed huNter and nexa for nothing. nexa pulled off one of the most dastardly clips we've ever seen, and the two were the driving force behind them sliding past Liquid in 2-0 fashion. They beat both mousesports and 100 Thieves (and they beat them BADLY) to slip through, even catching the eye of gla1ve, who called them a 'big dark horse', which sounds terrifying.

huNter was full of praise for JaCkz: "you don't have those players, maybe three or four in the world, what he is doing for the team, going first everywhere. You don't have that many players like him, when he dies first and I kill two guys for him he's happy."

Can we get him on our team in Matchmaking instead of these baiters?

Clash of the Titans

Liquid vs fnatic and NaVi vs 100T are, on paper, massive thigh-rubbers. Bangers. Must-watchers. Big games.

Liquid have been not at their best, but good enough, and with the talent they have, they should be able to turn on the gas when they need it. Sometimes, you have a 2v5 with your backs against the wall, and you just... well, you just kill everyone. No fuss.

fnatic are a bit more about the fuss part. They're not clean, they're not fresh, but they are more than willing to get down and dirty. They've already shown themselves to be dangerous, taking out NaVi en route to losing to Astralis.

fnatic apparently "didn't look good in practice" but they "knew [they] were among the top teams". It takes some serious balls to claim you knew you were good even when you looked pretty atrocious in practice.

NaVi have been typical NaVi. Confusing, equal parts brilliant and rubbish at the same time, but with an obscene amount of firepower that drags them through. s1mple, electronic, Boombl4 and even Perfecto have had big, big rounds all the way through, even if they don't look convincing.

And well, s1mple has a touch of magic.

flamie praised Perfecto for making the leap from tier two to tier one, which seems premature, given the guys stats in his first few games.

100T came back from getting trounced by G2 in their opening game, 16-2 16-3, to somehow make it through. Their resilience is astounding. They came back from a map down against EG and mouz too. True comeback kings.

Who is the World's best duo and why is it s1mple and electronic? 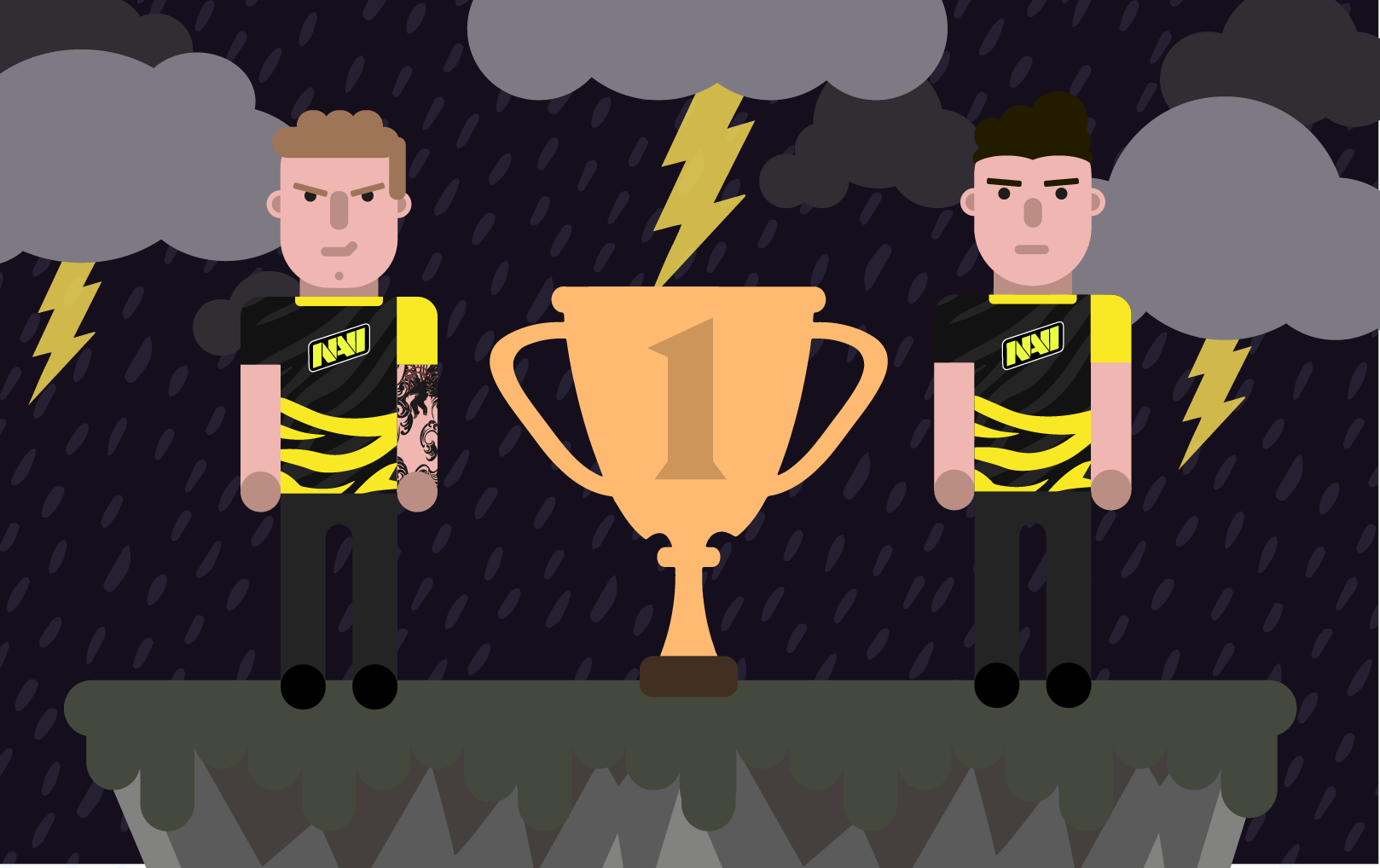 Our granny taught us that sometimes s1mple questions have s1mple answers, but this one might take some explaining. And not from us, mind you, we're more of a bash and dash kinda publication.

Instead we'll use this week's ad to highlight stuchiu's masterfully laid out case, for why Na`Vi's dynamic duo are just that good. Here are three reasons why you should take the jump over to our friends from GGRecon:

Head over to GGRecon to catch the full thing, and keep your eyes peeled for more of stuchiu's writing. There's for example this piece on why GODHUNDEN might just break into Tier 1.

The losers (in order of how badly they screwed it up):

They might have been close to sneaking through, but Evil Geniuses have to be one of the biggest losers. Dubbed as one of the best teams in the world, and with some recent tournament victories, it's starting to look like the stanislaw star has shone so bright that it burnt out, and left a black hole, as it always does.

tarik might be the content king, but we doubt EG are quite so content with his performance. He's been underperforming for a while now, but as a support-type player, we don't want to be too harsh. EG's biggest issue is that their best players seem to falter in big games - this time around it was Ethan who had a performance to forget against 100T.

stanislaw doesn't need to be gla1ve - he needs to be Heimlich.

Vitality added shox a little while ago in the third or fourth desperate attempt to recover his form of 2015. It's all a bit Joe Cole at this point. Much like Joe Cole, he's not all that good any more and it's glaringly obvious.

ZywOo started out cold (and not like the FaZe one, even worse than that) but as the event went on he put Vitality on his young shoulders and tried to carry them over the line. apEX and shox were just too heavy.

mousesports, man. It's the hope that kills you. Every time they look like they're about to take over, they... wet the bed, let's say. Tasked with just a 100T side who had been obliterated by G2, they invariably lost from a map advantage position to choke away their chance at the title.

FaZe might have sneaked past ZywOo, but s1mple would be less accommodating. He and the NaVi boys - and olofmeister - made sure FaZe would be watching from home with the rest of us. It was a 30 round affair on Inferno, and we all know that FaZe struggle when it comes down to the clutch rounds on that map.

MAD Lions came in with hype and left with disappointment - they got absolutely mashed by woxic, finding pick after pick with the AWP and Scout. Speaking of disappointment, Polish fans are unlikely to be pleased with VP's decisions to pick up the old AVANGAR line-up after another weak showing. But they should be used to being a bad team 90% of the time by now.

NiP came in 9-12th, which seems about right, while C9, Renegades and TYLOO filled the bottom three spots. About that Asia Minor, eh...

Freeman claims TYLOO didn't have many options in China as most had contract problems. Hardly a vote of confidence in your new player who you tempted to move from Korea to China, is it? "Yeah, we wanted a Chinese player but we couldn't find anyone, so we got this guy."