Renegades qualified for the Asian Minor, and es3tag failed to get into the European one. Is it still ELO-hell if you're the only recurring player?

Only two of these teams will qualify directly to the Major 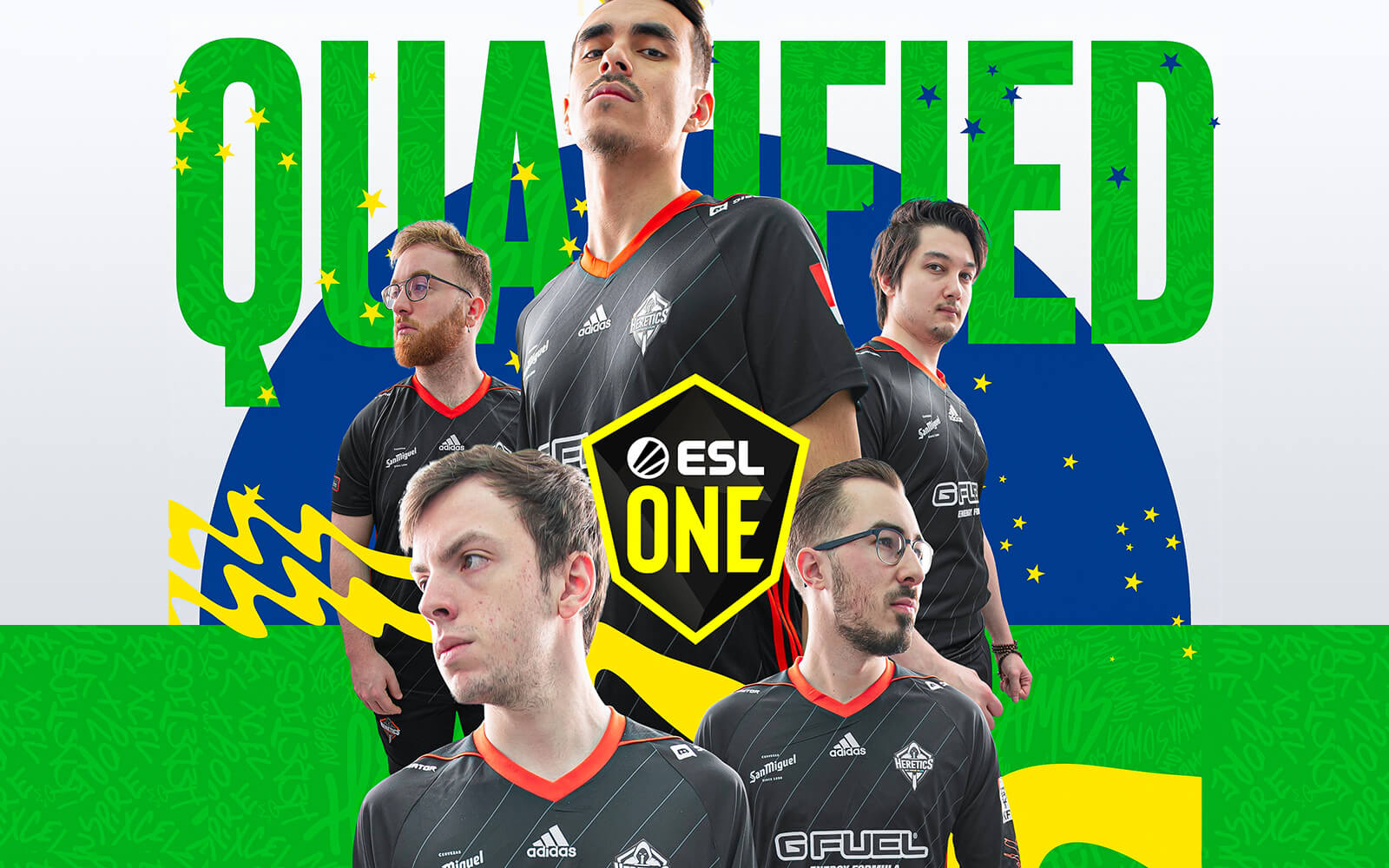 His mish-mash Frenchies by the name of Heretics stomped the Minor qualifiers, 2-0ing NBK and OG, before then doing the same to Heroic. Those are two solid teams thrown to the wayside by a Fortnite player, and, even worse, Lucky.

Joining them is the pride of Sweden - and we can say that without being controversial, as both NiP and fnatic coasted through. Hell, even Dignitas got through, and they were the pride of Sweden back in the 20th century.Even GODSENT used to be Swedish, and they dumped OG out before the Minor and booked their own place. Aleksib has gone from Major finalist to Minor absentee quicker than you can say 'but Allu can't in-game lead!'.

Complexity, unsurprisingly, didn't drop a map to GODSENT and Sprout, seeing them through. We say unsurprisingly, but they're only here because MAD Lions decided to kick HUNDEN a week before and then couldn't field a roster.

We've no idea either. Maybe Jason Lake is richer than we thought - he can afford some seeds of discontent to sow in the MAD Lions camp, and you don't find those on Amazon.

steel is at the Minor!  The former-iBP player had been banne- oh, wait. Different steel. Our bad.

This is still exciting though. The Spanish team Movistar Riders with the Brazilian will be in Rio for the Minor, and it's fair to say they were happy with their own performance.

The remaining team was Copenhagen Flames, who beat out fellow Danes Heroic to take the final Danish spot in Rio. es3tag can't seem to make it through to even a Minor, which is partially unlucky/a curse, and partially the byproduct of playing for the third or fourth best Danish team for your entire career.

forZe scrapes through to CIS Minor

Good news for Draken - Swedish players can get through to the CIS Minor.

Kreaz joined Syman and instantly got all the way through the qualifier comfortably, as one of only 2 non-Russian dominant teams - the other being Winstrike, with H0bbit and Krizzen being the big names.

forZe's drop off hasn't quite hit rock-bottom like some teams who won't be at the CIS Minor (cough cough HellRaisers), but they did have to beat pro100 in the Lower Bracket - which does mean no WorldEdit or WayLander at the Major. We know you're gutted.

Gambit won a Major, so it makes sense that Gambit Youngsters could win a Minor - they'll have their chance if they play like they did at the qualifier. Admittedly, they might not be playing 1WIN (aptly named, as they won one game) and eL'quvet, which sounds like a new Yu-Gi-Oh deck archetype.

DreamEaters were the big shock at the last Major, and those players are now on Hard Legion, sans speed4k. They will be at another CIS Minor, as they aim to prove they're not a fluke. Well, at least prove they can fluke it twice, like a certain Brazilian team in Major finals.

Spirit and Espada made it through, which isn't a huge surprise, but a team called Unique made it through. We've never heard of any of their players, so we guess they are pretty unique in that sense.

Clip of the weekend

The least surprising headline ever

Renegades qualify for the Asia Minor

It might not be the roster we're all used to, and it's not even got DickStacy on it, but amazingly, against all odds, Renegades are one of the two best teams in the Australian qualifier for the Asian Minor.

They were joined by ORDER, with USTILO and Rickeh. Australia hasn't really improved much.

There is some fresh blood in the Asia Minor though, as a team called Camel Riders were able to sneak through. With a Syrian called Mistyy and a Pakistani player called PokemoN, we're rooting for them, even if it's a bit Farfetch'd for them to get through to the Major.

Unsurprisingly, TYLOO and ViCi made it through. The bigger story is that TYLOO had to beat Ehome, with Danking on the roster, which HLTV writer Professeur pointed out as a bit... mysterious.

Two Mongolian teams will be at the Minor too, which is pretty interesting, mainly as erkaSt will be playing against his old Aussie teammates. We're expecting a meaty hug, coronavirus be damned.

You didn't see this one coming though

coldzera might have been MVP both times a Brazilian team has won a Major, but when was the last time he made it through a South American Minor Qualifier?

fnx has that on him, and as the old adage goes - no fnx, no Major. RED Canids will be at the Americas Minor, as they and BOOM - thanks to some superb performances from felps (remember him?!) - qualified from South America.

In NA, where the real teams play, we saw the new look Cloud9 look convincing as they took down Livid and Mythic back to back. Mythic beat Chaos, which is a bad look for the professional team, who despite not having IGL steel, will be embarrassed that they couldn't beat a stream team that literally has fl0m in it.

Bad News Bears slipped through as a top four team, with ptr as usual showing up in the online games. Well, they beat Rugratz and Ze Pug Godz, so it's not like he had to go s1mple mode or anything. Gen.G and FURIA also made top four to absolutely nobody's surprise.

No org but lots of good feels