It just goes to hell and respawn 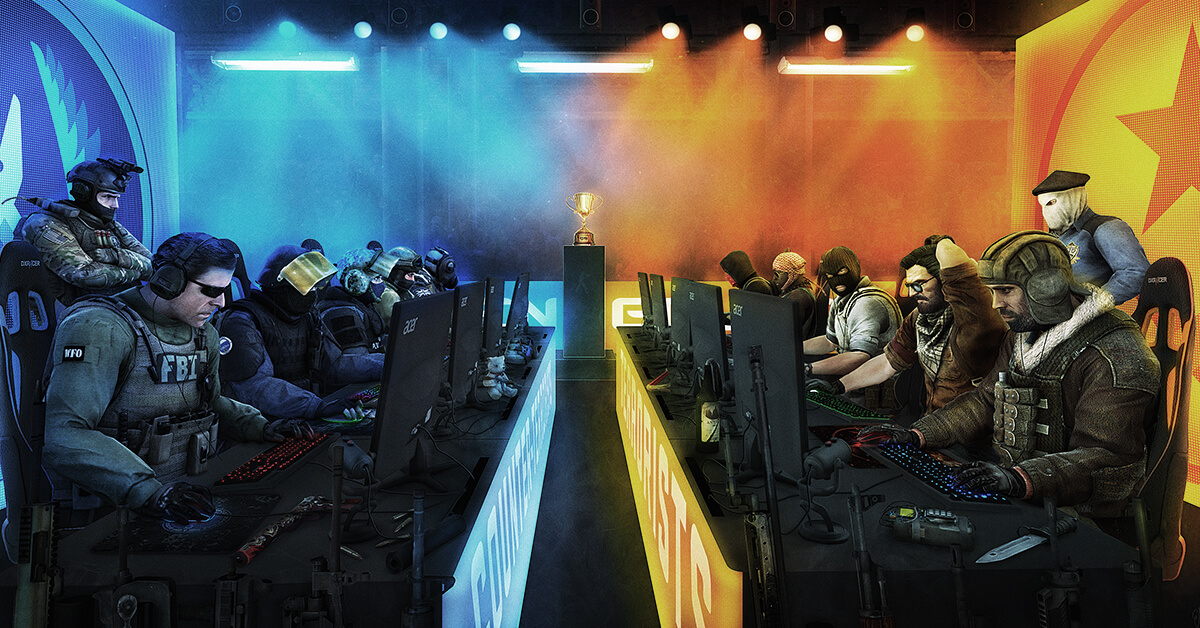 Illustration by /u/PIXAR. Check is wallpapers, they are epic!

In such testing times, it's good to know there's at least one thing that will never die: Counter-Strike.

stuchiu broke down exactly what makes CS:GO the greatest, most evergreen game of all time - the complex simplicity, the fact that everyone is the same 'character' (forget the agent models for a second) with the same chance to do something great, and the fact that new and old players can still find something to enjoy.

He broke down Astralis and fnatic and how their contrasting styles show the greatness of the game, and compared it to the 'stale' metas of Starcraft 2 - we're hardcore CS players though, so we don't know what a 'zerg' is. We think that's what our Russian teammates call us.

This is a well-timed point, though. With plenty new clips of VALORANT coming out, the absurdity of the claims of it being the 'CS killer' become more and more apparent. It was supposed to be a mix of CSGO and Overwatch, but this looks more like Overwatch - both the game, and the thing where you check for aimhackers in MM.

Even in times where real sports are dead, CSGO finds a way, like the cockroaches surviving a nuclear blast, or JW somehow surviving an outrageous repeek. Though FLASHPOINT has had to move online, it soldiers on - though it has made Thorin look like a right... let's say idiot. He was forced to delete a tweet boasting about being the only LAN tournament around.

The best of EPL

Who could possibly have predicted that BIG - with XANTARES - would look much better online?

They took down s1mple in a 2-0 (and that is not an exaggeration - more on that later) and fnatic in a 2-1 to finish the first few days top of their group. Though we joked about XANTARES, it was actually tabseN who looked back to his best, pulling off cheeky plays to win games.

NiP top their group after a shock victory against Astralis and a slightly-less-shocking victory against Spirit. The young guns of REZ and Plopski combined for 89 kills over the two maps against the Danes - turns out that getting actually good players with less 'experience' than GeT_RiGhT and Xizt might have been a good idea.

forZe also upset the apple cart by beating both Complexity and North, though arguments can be made for whether either is really an upset any more. North, in typical fashion, 2-0'd NaVi thanks to a stunning performance from cajunb, then lost 2-0 to forZe, despite Kjaerbye and then aizy both trying to go s1mple mode on respective maps while cajunb slept.

The worst of EPL 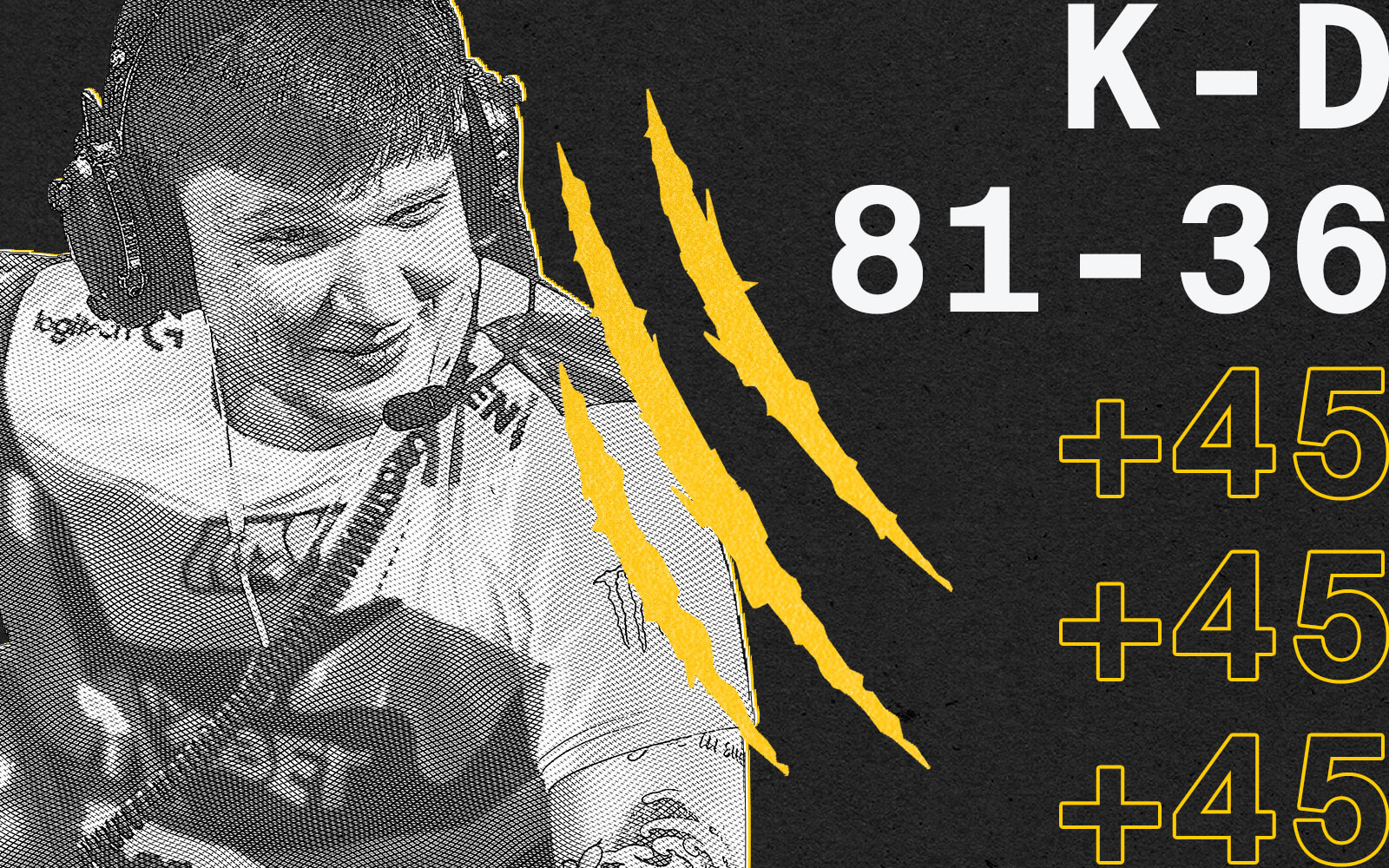 Based on photo of s1mple by @BLASTPremier

Everyone take a few minutes to laugh at ENCE, we'll wait here for you.

Right, now we've caught our breath, let's look at exactly what went wrong. Other than the whole, kicking your successful IGL so you can have more fun, thing.

Yes, they came very, very close to beating Vitality, only losing on round 30 of map three - but they also got 2-0'd by Spirit. 16-2 on Inferno! sergej looked like a superstar last year - now he has three kills against Spirit as his team get rolled. Where did it all go wrong, Jere?

Speaking of superstars, s1mple. s1mple, s1mple, s1mple. The poor bloke is severely elo-helled. Against BIG, he dropped EIGHTY-ONE KILLS IN 2 MAPS. THEY LOST 2-0.

He referred to it as a 'bad performance from him and his team', but nobody is stupid enough to believe he really believes it. Not least as he tweeted 'uninstall' minutes after losing.

Complexity got pounded into the ground by fnatic. The juggernaut has found its kryptonite - WiFi. Certainly oBo did, as he only found 13 kills in two maps, a third of k0nfig's kills, almost.

Controversial FPL star D0cC released a video of him talking - with cam and voice, no less! - about his side of the story and all the allegations surrounding him. If you're thinking "I can't be bothered to watch the video", there's some absolutely stunning clips of him playing the game in the background which make it a lot easier.

He covers allegations of being friends with a cheat coder (whom he claims was his friend back when he was 14), the 'hacking' of his account that got him the overwatch ban, him being at home and not able to use his mic while his family were there, and his current one month ban for playing with a banned player - who he claims he didn't know was banned.

It's a compelling story, but there is a lot of weird circumstances that align that definitely makes him look fishy. We'd love to believe everything and except D0cC as our new overlord - underdog stories are our jam. aizyesque supports North, so you know he loves an underdog.

It's so hard to accept it all, though - but it's not hard to feel sympathetic for the kid. If he's legit, then that frag movie in the background has us salivating.