It only took six days for Astralis to get cabin-fever and sign a 6th player, which has sent FPX, Heroic and Thorin into shambles. We don't know what's going on either. 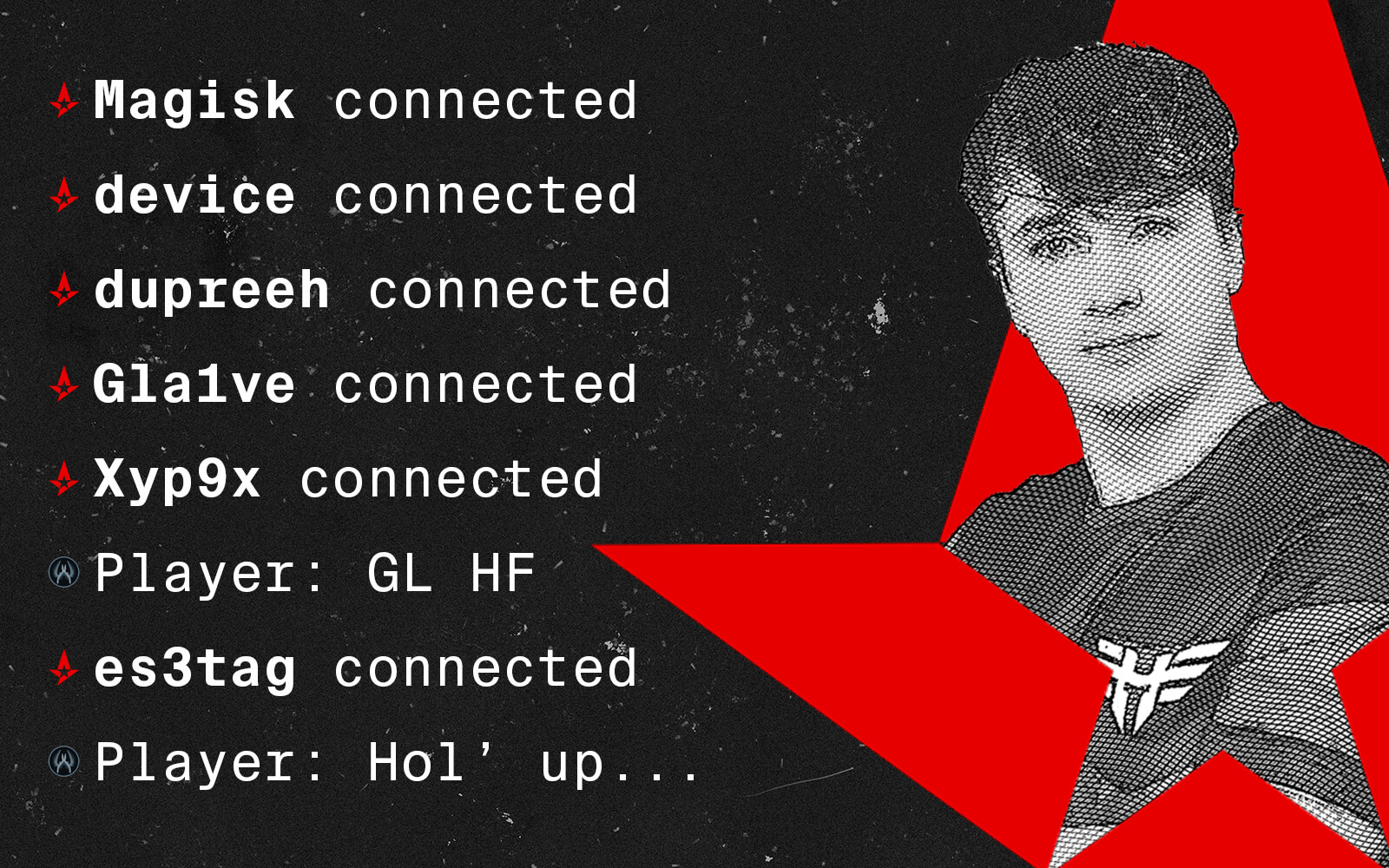 We all thought that if it came out that Astralis were cheating, it would be gla1ve being able to see through smokes, or dev1ce using Adderall to stay awake and focus on the same angle for three minutes.

But no, they're actually just gonna have six players. Now that's cheating.

They announced the controversial signing of es3tag from FunPlus Phoenix... or Heroic, or something. Apparently those two teams hadn't fully signed - but more on that later.

Astralis aren't dropping anyone, though. They're going for the first six-man roster in T1 CSGO, a concpet that is quite normal in League of Legends, but totally alien in the superior esport. They specifically mentioned the time dev1ce spent out, and plan to sub es3tag in and out - potentially between maps.

es3tag will join when his contract ends on the 1st June...

It seems that FPX hadn't fully closed the deal, and as such were forced to forfeit their FLASHPOINT game, as the es3tag move stopped the deal from Heroic to FPX.

This left the Heroic boys in limbo - stuck in LA, unable to compete in FP, without their ESL Pro League spot any more and unable to fly home due to the global pandemic.

cadiaN, understandably, was really unhappy. He was waiting in the lobby, warming up, and was told he and his teammates couldn't play. He went for an hour long walk, and recorded this message for the fans at home.

The tl;dr of that, is that he's absolutely gutted, and just wants to play CS and/or see his family, and he can't do either.

Heroic were another loser in this deal - they miss out on a fair whack of cash, and they want to take it out on Astralis. Heroic's CEO, Erik Askered, told HLTV that they're preparing legal action and claiming that they "can prove that Astralis has acted in bad faith, and have considerably affected the sale of Heroic to FPX".

Bubzkji is calling BS on Heroic's claim of bad faith, as es3tag didn't want to renew his contract, so why would he?

The final, and funniest, loser, is Thorin. He also tried to take out his frustrations that his league hasn't taken off quite how he wanted it to by also throwing a punch at Astralis. Unfortunately, he's less 'looking for a scrap' and more 'looking like Scrappy Doo'. Judge this tweet yourself.

Well, FLASHPOINT did promise us drama. 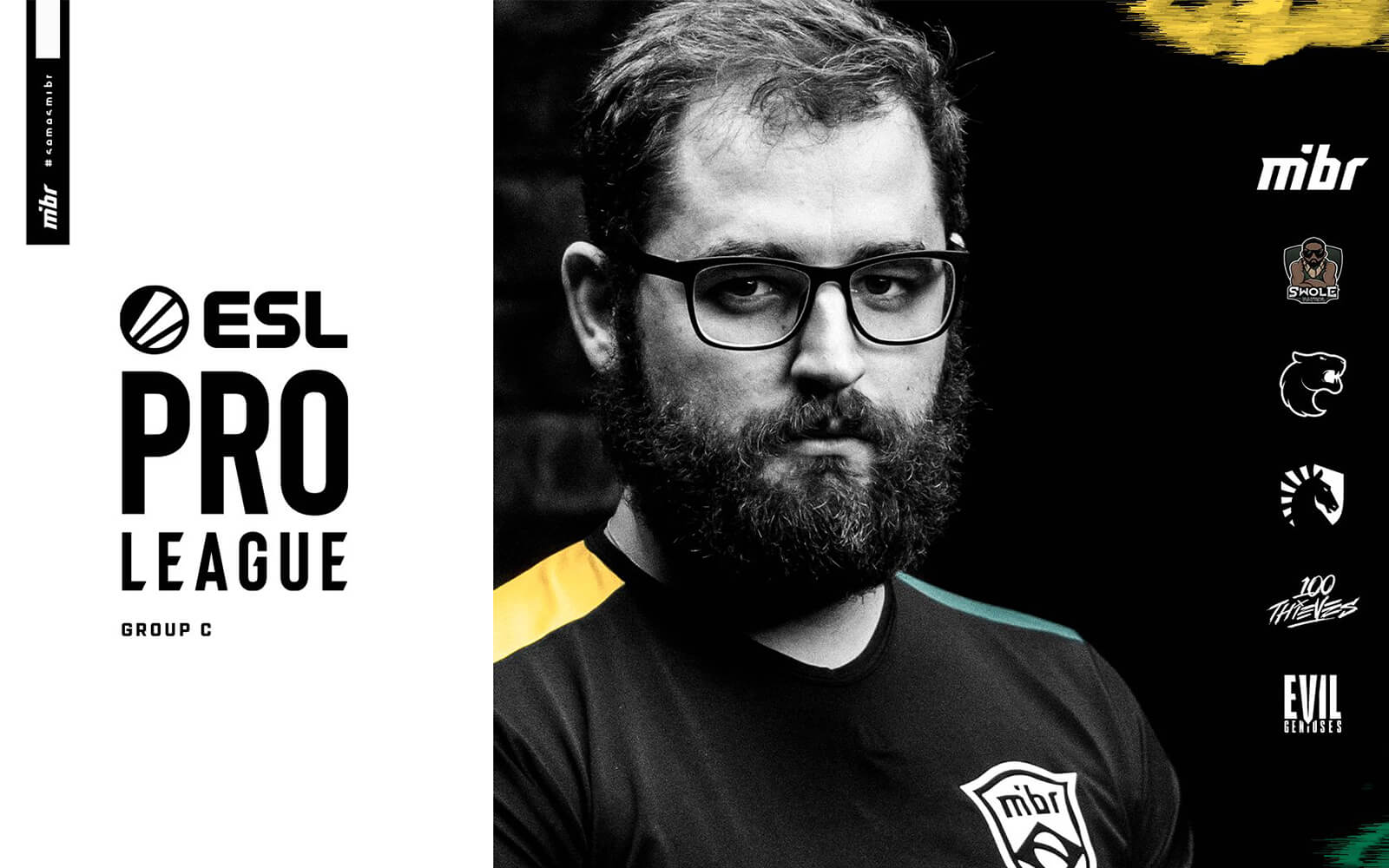 You thought the drama was over?

MiBR are the final team in the ESL Pro League. The eagle eyed amongst you might realise they were in FLASHPOINT already. Good job.

Their reasoning is that they're playing online anyway, so might as well do 'em both - ESPECIALLY as they need to get a good ESL ranking to play ESL tournaments.

ESL claimed that that was nonsense, but daps - whose team is in FLASHPOINT, go figure - agreed with FalleN. MiBR doubled down, calling the ESL ranking 'harmful'. Lads, it's just a different ranking. Calm down.

ESL once again refuted the claim, but it appeared to fall on deaf ears. ESL ranking bad.

You know who else is at FLASHPOINT who loves to stick his  nose in it all?

Thorin, not content with joining in the ESL bashing, also took a dig at FalleN. It's like he's trying to break the record for 'most bridges burnt whilst under lockdown from a global pandemic'.

What's the conclusion? We have no idea. It just seems like an unnecessary ranking to us. We certainly don't have feelings this strong about it.

You missed nothing in FLASHPOINT, don't worry

What did I miss in the online leagues?