Apparently jamppi isn't suing Valve, the best NA teams still lose to underdogs and MIBR used their coach as a scapegoat. In other words, business as usual.

TLDR says he will

"We signed a 6th man, but he's not a substitute... he's just a player who fills in when our actual players can't be arsed" is NOT a real quote from zonic, but it could have been.

zonic claims es3tag will be on equal terms with the rest of the team, and also says that es3tag is a 'versatile player... who can take all roles in the team', which probably wouldn't be necessary if he was on equal terms, as he would have a designated role.

HLTV are quick to mention that Valve only allow a five-man roster, which means es3tag is giving up the facade of wanting stickers or wanting to play at a Major - maybe this is the final leg of the es3tag Major curse?

It's a nice idea, but Astralis should stop pretending es3tag is anything other than a glorified Ole Gunnar Solskjær.

No Phoenix in these ashes

FLASHPOINT lose some swole boys and gain some bears 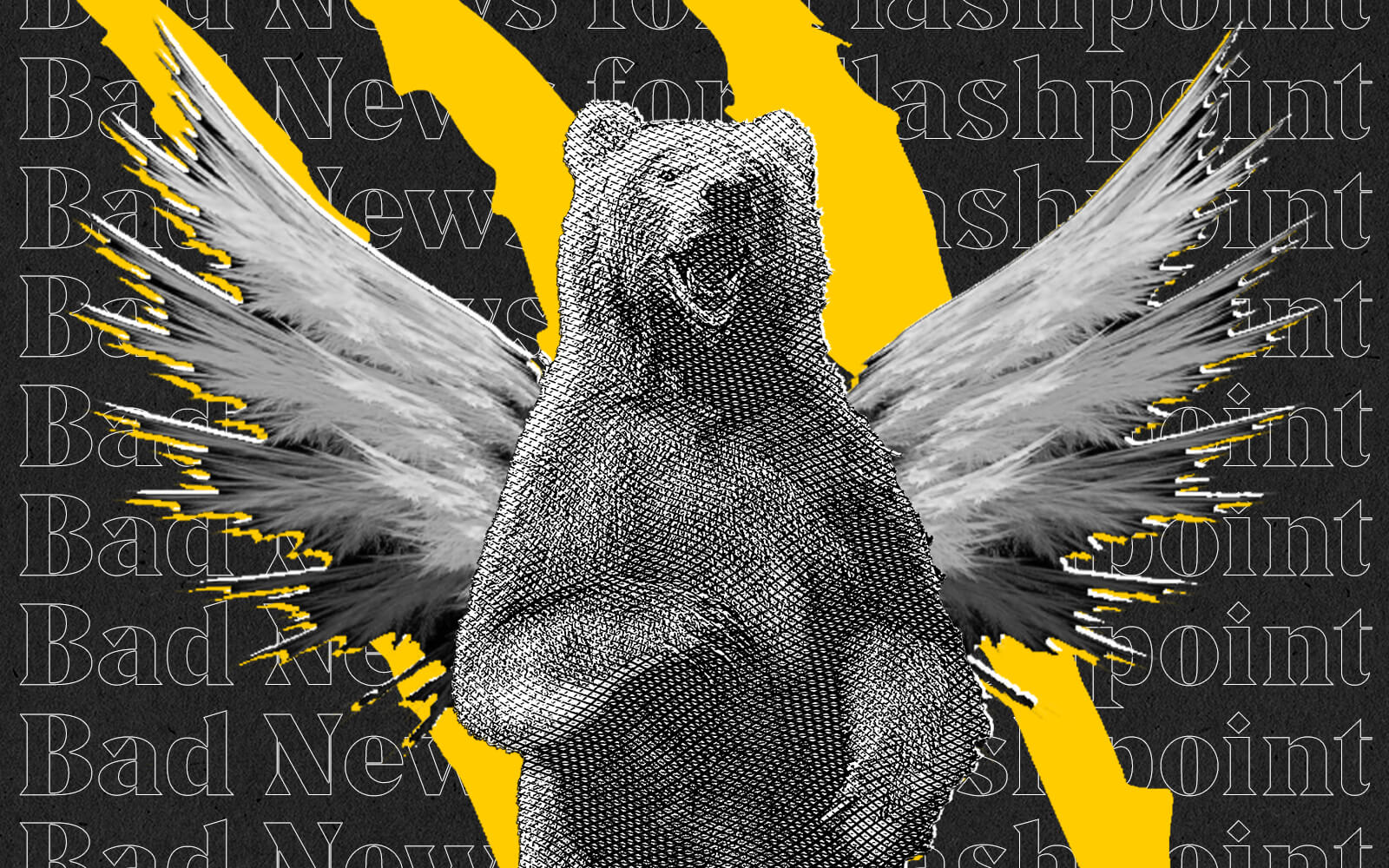 Illustration by: @NovaH. Bear photo by anvesh baru on Unsplash

There's a bigger shortage of L's than facemasks at the moment, as Flashpoint just seems to hoard every L they can come into contact with. Remember we told you that Swole Patrol would play in Flashpoint Season 1 under the FPX banner, and then they went and 2-0'd Team Liquid?

Yeah that won't happen, because apparently they wouldn't pay them. Instead ptr's team, Bad News Bears will get the shout to play in Season 1, while someone at FunPlus Phoenix tries to figure out this whole Counter-Strike thing.

From Bears to Phoenixes - that is an upgrade for the Americans, whom even FLASHPOINT's analysts struggled to name, in this clip of four adults trying to wrap their heads around that ptr will play in a $1M tournament. We are just as baffled.

Don't fret guys, FPX will hopefully come back with a roster of at least five players. In the mean time Senior Vice President at IGC, owners of MIBR, Tomi "lurppis" Kovanen says it's not FPX's fault. We don't know about that, but buying a $2M spot in a franchised league without a team on contract looks only slightly better than our last shopping spree on Amazon. Who doesn't need 10 Bonzai trees?

electronic was transferred to FlipSid3 for a PC

There's a bloody fantastic interview with electronic on HLTV, and now you have a bit more spare time, you could read the whole thing.

If you don't, here's the lowdown.

electronic thinks that 'some casters' are 'overly arrogant'. He names no names, but you all have a name in your head, don't you? He reckons he'd compete on NaVi even if he wasn't paid - which is pretty much impossible, given he would be unable to have a full time job while playing for NaVi.

He admits he doesn't believe himself to be a celebrity, and his move to FlipSid3 for the cost of the PC his previous org bought for him. A great deal, realistically.

He says Zeus left of his own volition, and that GuardiaN's biggest issue was his Russian. He said he had reservations about 'other candidates' that might have been signed instead of Perfecto, and then said 'everyone knows' his best teammate of all time (we assume Zeus) and outed another former teammate for being his worst, a guy called fAst.

He said he always wanted to play with NiKo (eyes emojis incoming), with flusha, gla1ve and ZywOo. Now that's a smart team.

His favourite food is pasta. Must be tough for him right now.