Just when you thought G2 were on course to become a stable top team, they drew the shortest stick in the EPL tie-breakers.

(Chet) Singh us a sad song 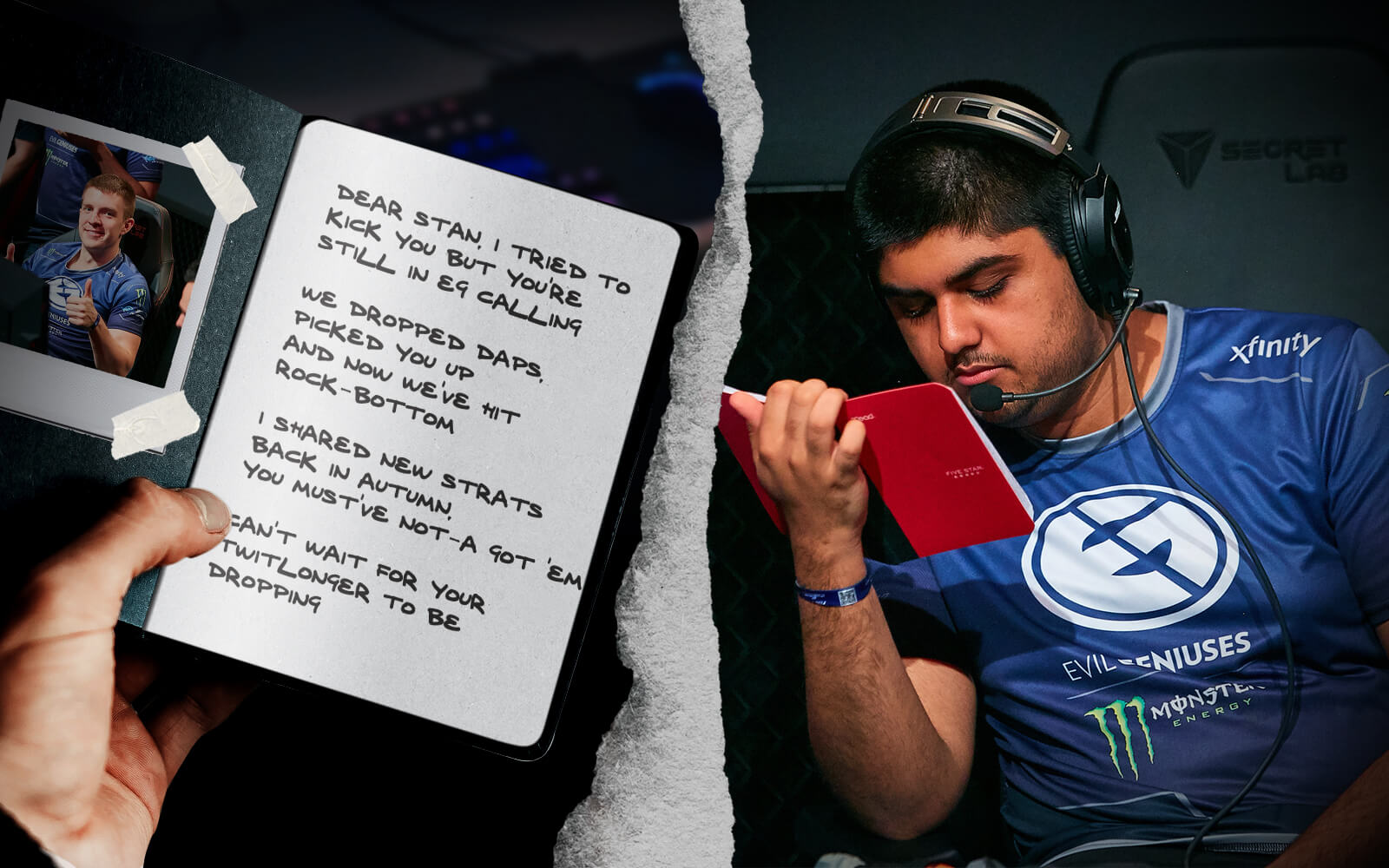 ImAPet is not a man who takes a beating lying down.

His departure from EG was rumoured, but not for long, and he confirmed his departure via a... sigh, via a Twitlonger.

He told the world of how he didn't get on with stan and tarik and said there was 'hypocrisy on certain cultural beliefs' which presumably referred to the game, but we like to imagine that it was on post-match food talk.

We certainly were not surprised that once again, stanislaw has fallen out with someone and the team has broken apart somewhat, but tarik was not somebody we imagined would be hard to work with. How can the shirtless cereal-eating content-creator not be a bundle of joy?

We're sure, just like the last two times, stanislaw was the victim here.

"Opinions were literally changing every day" claimed ImAPet, which seems unlikely, given Bubzkji saw this coming from miles away. The opinion on whether or not you should leave seemed pretty set in stone, Chet...

ImAPet mentioned his "extreme depression" and we wish him all the best in overcoming that, and it seems some Brazilians in the comments wouldn't mind him joining MiBR with zews going the other way.

NiKo is the one true Kovac again

The end of Stage 1

huNter- might have won the battle, but NiKo won the war by qualifying for Stage 2 of the ESL Pro League.

He and his FaZe brethren joined both mouz and OG from Group C, after OG beat Vitality in the play-ins, and FaZe beat forZe. Astralis, NaVi and fnatic were the final three in a pretty stacked Stage 2.

FaZe did kick off Stage 2 badly, getting reverse swept by JW and his knife. JW has been bringing out the R8 Revolver starting from their win in the Swedish derby, because he's a bloody madman, but is yet to have a real highlight play just yet. It's only a matter of time, though.

Astralis felt the heat of s1mple, who was the only positive player on NaVi as they won 2-1. Not quite the 81 in 2 maps of a few weeks ago, but a respectable 57 in three maps. OG felt the cool of frozen and Kool as they two combined for 90 kills in a 2-0 victory.

Over in the inferior region, only 100 Thieves and Swole Patrol were eliminated. At least in their home country, 100T finished second, because everything is upside down there.

There's banger game after banger game in Stage 2 still to play, with today having Astralis vs fnatic as an appetiser for NaVi vs OG and FaZe vs mousesports for dessert. We're going to be so fat after this week of delicious games.

One of these teams - the one with the best record, amazingly enough - goes straight to the final, while 2nd and 3rd play in a semi-final for the chance to dethrone the king. To be honest, we're more than content with the group stage, which leaves us with four more days of crazy games between six of the best teams in the world.

Even in NA we see FURIA vs MIBR for the title of Brazil's finest, and EG take on Liquid with stan and tarik now having a lot more to prove in the eyes of the public. Juicy!

You can take your pick of which game will be the best, but we're hyped for NaVi vs FaZe. That's coldzera, NiKo, s1mple and electronic on the server at the same time. There hasn't been that much firepower on a server since we pressed R1, R2, L1, R2, LEFT, DOWN, RIGHT, UP, LEFT, DOWN, RIGHT, UP while playing GTA: San Andreas.

Heroic are back, but Snappi's not 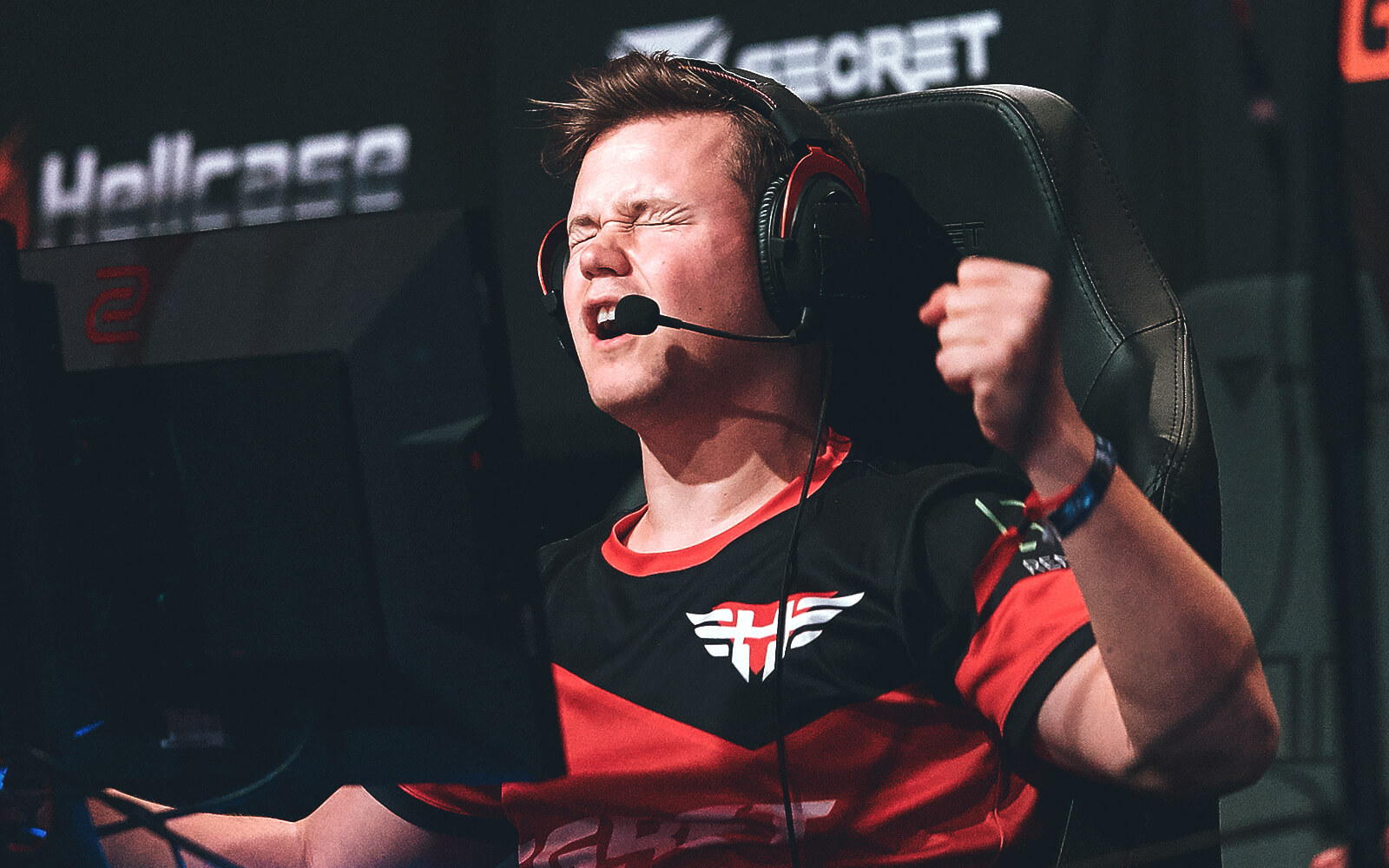 It's ironic that the team FunPlus Phoenix were going to sign have to rise from the ashes of their former organisation.

es3tag's move to Astralis left the Danes stranded without a full team, without an organisation and in need of a hero, as former organisation Heroic swooped in to take their old players back with a smile - and a knife behind the back.

Former IGL Snappi has been moved to the bench, leaving cadiaN in charge. In hindsight, moving an IGL into the roster should have been a red flag that you were being usurped - it's like when your girlfriend keeps bringing over her 'yoga teacher' who looks like you but with a six pack.

TeSeS and niko (the happy one) are rumoured to finish the roster, completing the bizarre Danish merry-go-round of talent. The organisation do not know if they'll be able to play in the ESL Pro League after they ditched it to sell the roster last time - we would wager probably not.

Where's the mute-button on this thing anyway?

Thorin, please, be quiet for a few days

We regret to inform you that Thorin is at it again.

He then had a go at ESL for embedding their stream whilst flaming HLTV journalists for their lack of integrity, conveniently ignoring the fact that FLASHPOINT were getting 96% of their views from it, and ESL were not.

He also decided to flex that HLTV offered him a job (and if you've been on Twitter, like, ever, you'll know that the replies on that will be), before saying that ESL were 'bad at cheating' viewer counts. That's... maybe not the cutting insult you were looking for.

So FLASHPOINT are cheating the views but it's okay cause everyone else is doing it, they're just worse at it. Apparently. And the dollar machine goes brrr.

We're just hoping that next week we won't have to keep up with this inane drama, but unfortunately Thorin making a donkey of himself is too good to pass up on.