It's Easter week so naturally Astralis revived from the dead to qualify for the EPL semifinals despite losing their first two games. Valorant is very much alive, but let's not waste any time on that... we'll never get an invite anyway :(

Renegades still get a free invite 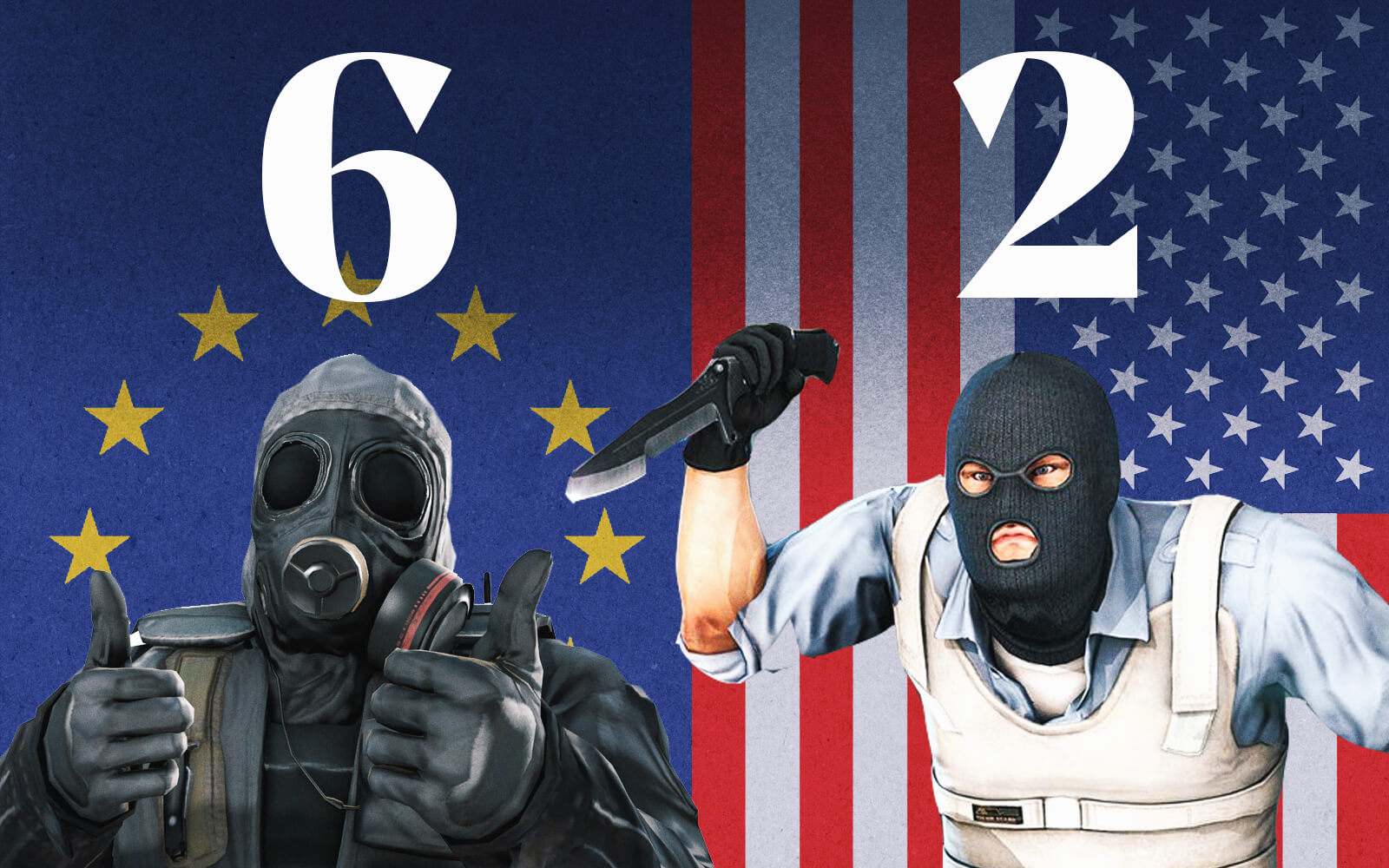 Sorry Americans, but ESL has used the Coronavirus situation to put a number on just how inferior you are to Europeans.

You're a third as good - apparently. The new invite system for ESL Cologne has been split based on how good the regions are, with six EU and two NA teams getting direct invites based on the ESL rankings (yuck).

Americans will get three of the eight invites into the play-ins, with one Asian and one Oceanic team getting an invite. There are no prizes for guessing which teams are getting those - it's the same teams as always, Renegades and TYLOO.

The play-ins stage is pretty stacked too, with Vitality, NiP, MAD Lions, EG, C9 and FURIA joining the two Eastern representatives for a spot in the big bloody thing in the big bloody stadium - hopefully. Nothing has been postponed yet.

Every other team will have to qualify for the play-ins, leaving teams like OG, BIG, ENCE, VP, MIBR and North to fight it out in the slums of online qualifiers, presumably.

From a small acoR grows a tree

acoR is a baller

Most people that aren't called Duncan recognise the great work that HLTV journalists do, and this long-form piece on MAD Lions player acoR is another wonderful piece in Professeur's portfolio.

He outlines why acoR is so damn good and expresses his befuddlement that nobody seemed to realise - well, except HUNDEN. HUNDEN, like Arsene Wenger, knew all about acoR way before he was even on North Academy, which is where most people first heard of him. Because of course he did.

North ended up letting acoR go, after Gade and mertz came through the academy onto the first team. A cynical man might suggest that North could have done with a quality AWPer and acoR would have been a much better fit than mertz, or any of the other players they spent money on, like JUGi.

That's easy to say in hindsight, and truthfully, mertz had moments where he looked like a quality AWPer. Former teammate glace also mentioned that acoR took the less flashy roles and wasn't AWPing primarily too, which didn't help.

The biggest takeaway from Prof's work is that acoR is actually just a bit too nice - he never wanted to be the star AWPer that most of Denmark has been looking for for years. They even hyped up JUGi - that's how shallow the pool was.

Tired, but not sick

EPL comes to a close this weekend 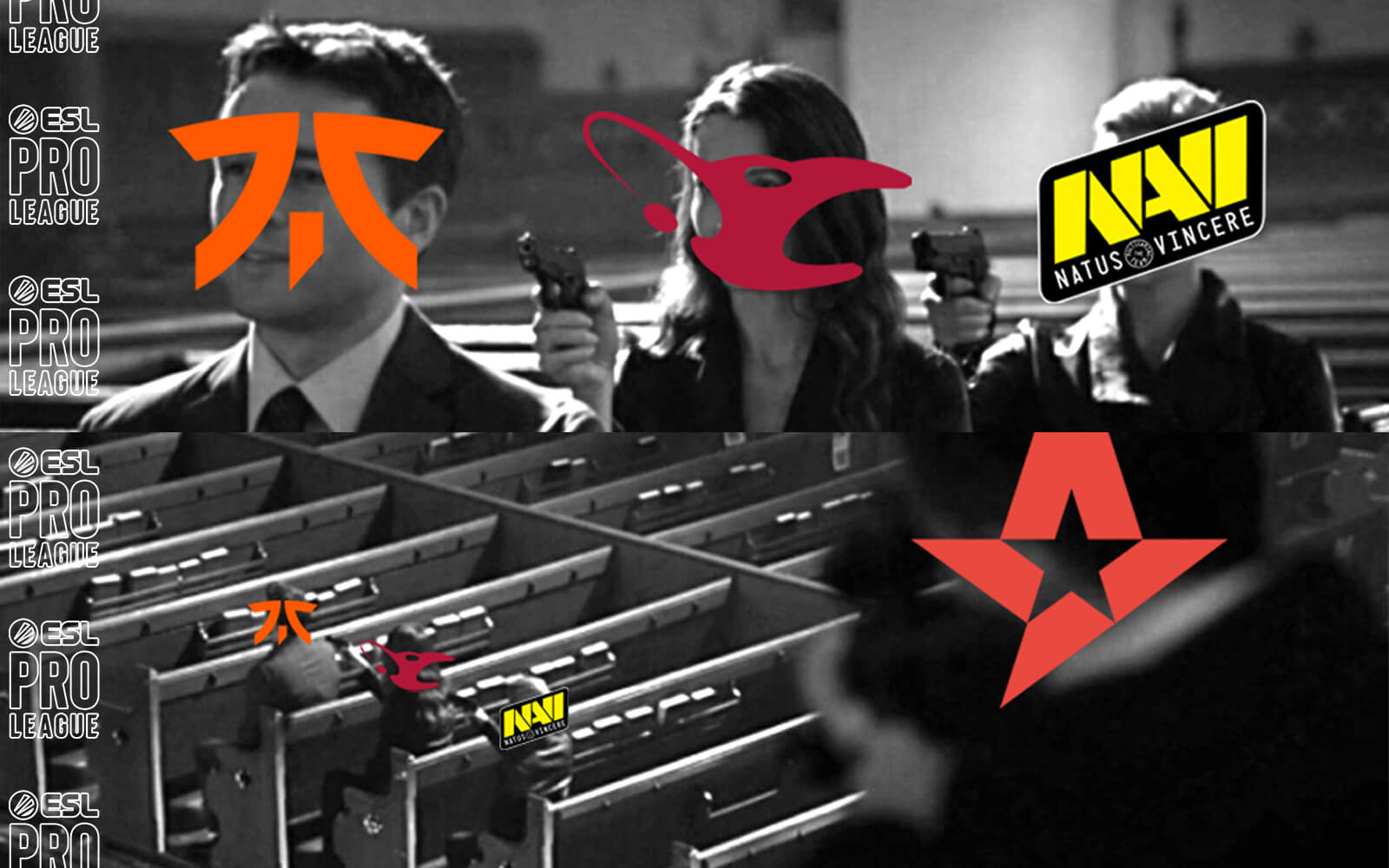 We're... kind of exhausted from so much good Counter-Strike.

Look, we didn't think we'd ever say it, but three best-of-threes a day from the six best teams in Europe (and as ESL says, that is the superior region) is simultaneously the best and the worst idea of all time. At least since someone allowed us to order food online.

Rising from the burning wreckage comes fnatic, who have progressed to the final. They'll take on either Astralis or mousesports, who play in the solitary semi-final.

fnatic basically smashed everyone except, bizarrely, OG. Importantly, they slapped NaVi round the mouth and told them no as they narrowly missed out on the top three, leaving s1mple heartbroken.  Or heart crying.

Astralis 2-0'd mousesports which left them both in the semi-final. While a conspiracy theorist might suggest mouz could have played in second gear in order to avoid s1mple, nobody wants to play Astralis in a semi-final either.

With a potential eight maps left, we've got one last weekend of madness left with one game on each day - but then there's NA as well.

Liquid and EG came top two and play on Friday, with FURIA beating out MIBR to earn a spot against the loser. They then face off for a place in the super-duper final on Sunday. We would say don't go out and miss a great day of CS, but...

EG line up zews as replacement for ImAPet

stan, why is this bridge on fire?

DeKay released a report suggesting that the new EG coach might be zews - not to be confused with Zeus, who is enjoying his career as an author now.

zews is mostly known for his time at MIBR, but was also pretty successful with Liquid. He oversaw the transition from underachievers to the current Liquid (sort of) after a roster change that saw IGL stanis-

No problem, we're sure stanislaw took it we-

Very reliable internet sources suggest stanislaw is willing to give it another shot, but unnamed members of TLDR do not suggest going back after relationships with old 'friends' have broken down as it 'never ends well' and 'she took the kids'. Interesting.